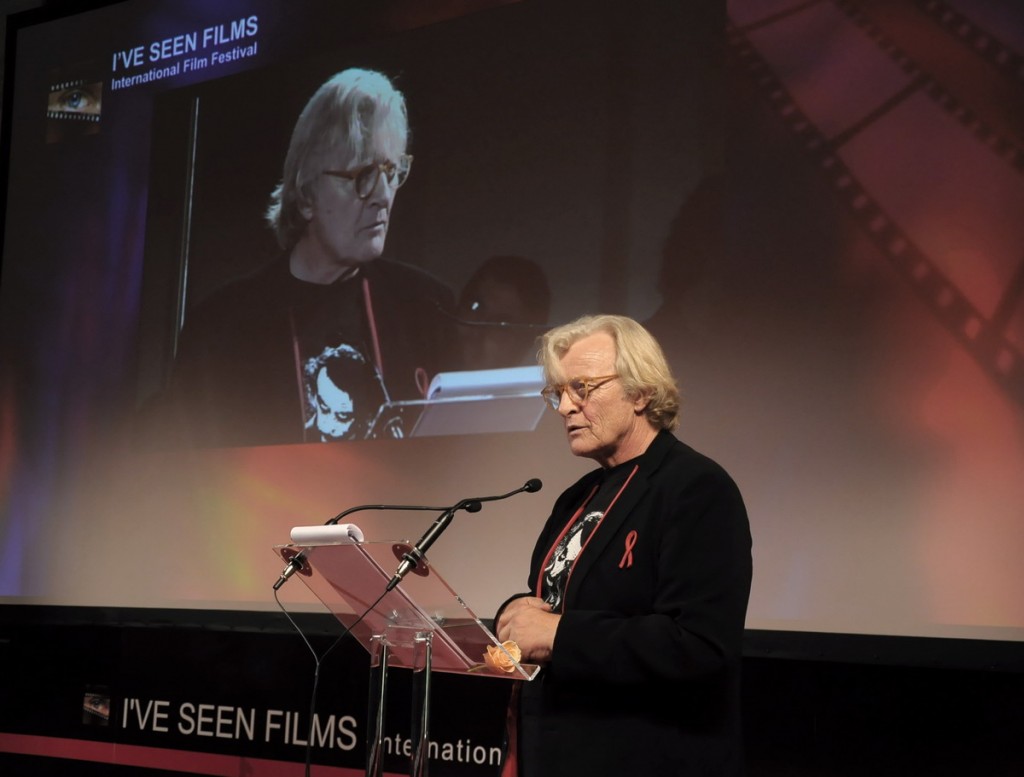 Last Friday night, my short Out of Sync received a Special Mention award at Rutger Hauer’s I’ve Seen Films International Film Festival in Milan. The film screened together with 249 other works from 72 countries, selected from a total of 3,482 submissions. Since I hadn’t been able to attend earlier screenings in Florida and Pittsburgh, the chance to visit this festival in one of Europe’s most beautiful cities was an offer I couldn’t refuse. I called up my old friend Mick, who used to be my best buddy back when we were studying Graphic Arts, and invited him to come along. The two of us hadn’t seen each other in about eight years, so this seemed like an ideal opportunity to catch up. 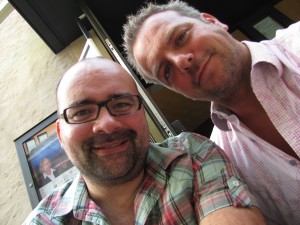 Out of Sync screened Thursday evening, October 7th, at Gnomo Milano Cinema. Mick and I took an early flight and planned on visiting the Blade Runner Q&A at IULM University first. Unfortunately, our plane was delayed and we couldn’t make it in time. Bummer! We settled for a late lunch instead, before watching Out of Sync in digital HD with a crowd that seemed to enjoy it quite a bit. 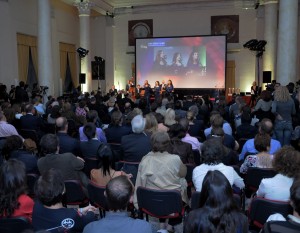 The Gala Award Ceremony, presented by Bill Bristow, took place in a fully packed Eight Column Hall of Milan’s Royal Palace, right next to the enormous Duomo cathedral (“impressive” doesn’t begin to describe it). Rutger Hauer handed the awards in person and, oddly enough, I was the first to be called on stage. A memorable moment, for sure, although it was over before I knew it. As I walked back to my seat, a Dutch lady on the first row congratulated me. I made a mental note to meet up with her later that evening. 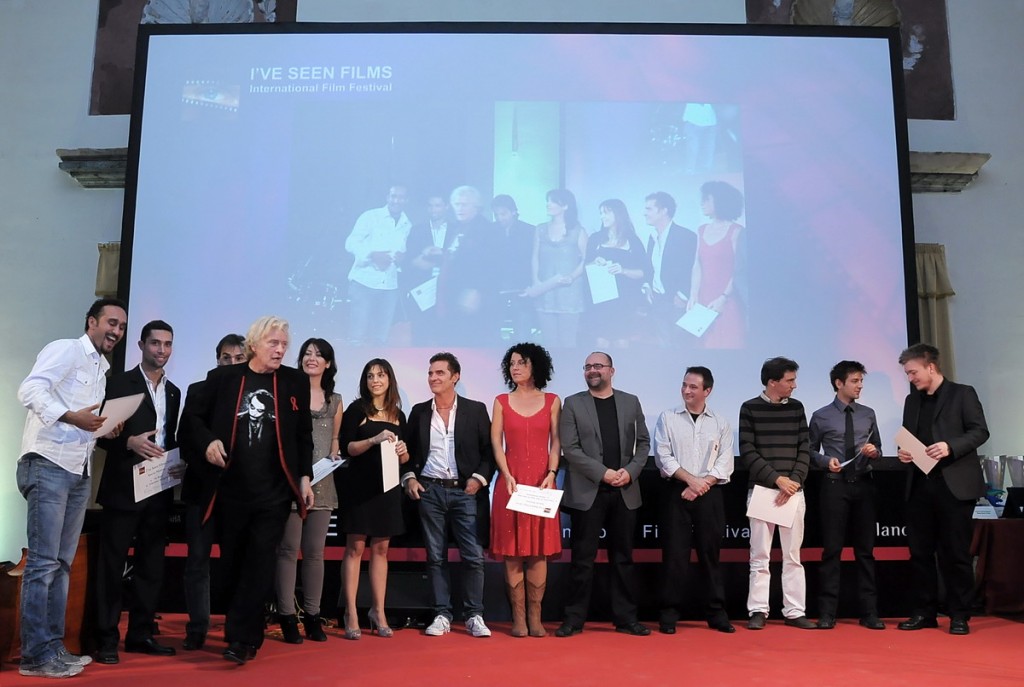 As soon as I got the chance, I walked over to Anton Corbijn and complimented him on his stunning second feature The American. (Funny that it takes a movie called The American to make you feel proud of being European.) Corbijn expressed his surprise that the film didn’t open well in Italy, despite George Clooney’s popularity, the Italian setting and a cast of well-known local actors. We talked about the pressures of working within the Hollywood system (“It forces you to come up with creative solutions–not unlike a celebrity photo shoot”) and about digital versus analog cinematography. Obviously, Corbijn is a sucker for the grainy imperfection of good-old celluloid (which cinephile isn’t?), and he rather enjoys the magical wait between shooting and seeing your footage. I told him about my experiences with the RED camera and recommended the Brittish Wallander series with Kenneth Brannagh as an exquisite example of stylish digital cinematography. Corbijn claimed to know nothing of light, by the way (yeah right), eventhough he composed nearly every shot in The American himself. 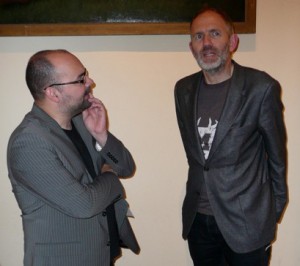 Mick and I drank prosecco with a few of the other winners: director Sil van der Woerd and singer Anouk de Groot (who won Best Music Video and Best Music Performer respectively) and Maria Heidemann (who also won a Special Mention that evening). Meanwhile, we caught up with the Dutch lady on the first row, who turned out to be Rutger’s wife Ineke! 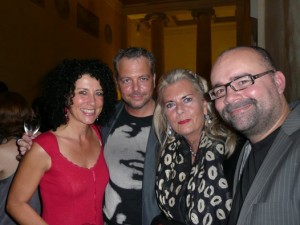 It didn’t take long before Roy Batty himself joined us. I thanked him for his acknowledgement of Out of Sync (“Yeah, of course, my pleasure!”) and told him how much I was looking forward to Hobo With A Shotgun. “It’s a very, very strange movie,” Hauer told me. I assured him the speech in the trailer felt like vintage Hauer. The man looked at me, pinched his eyes and smiled his trademark smile… 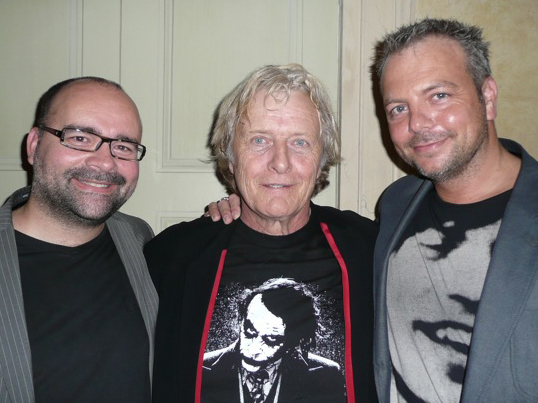