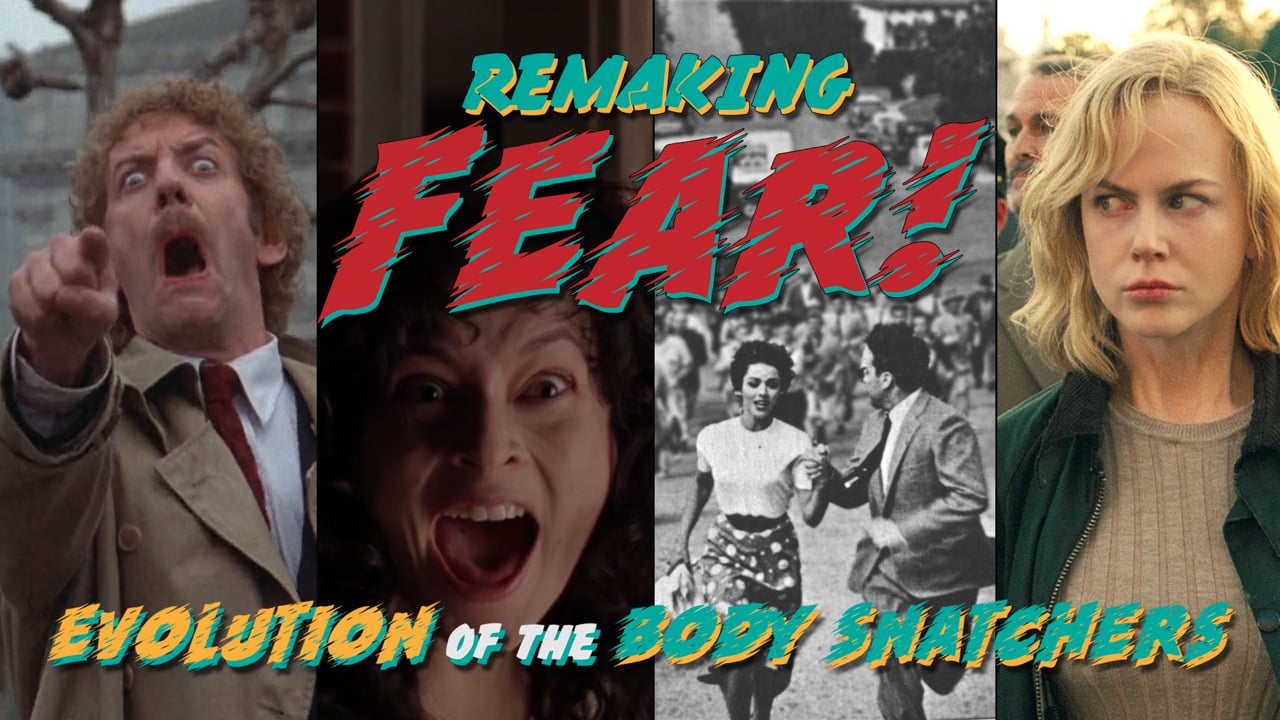 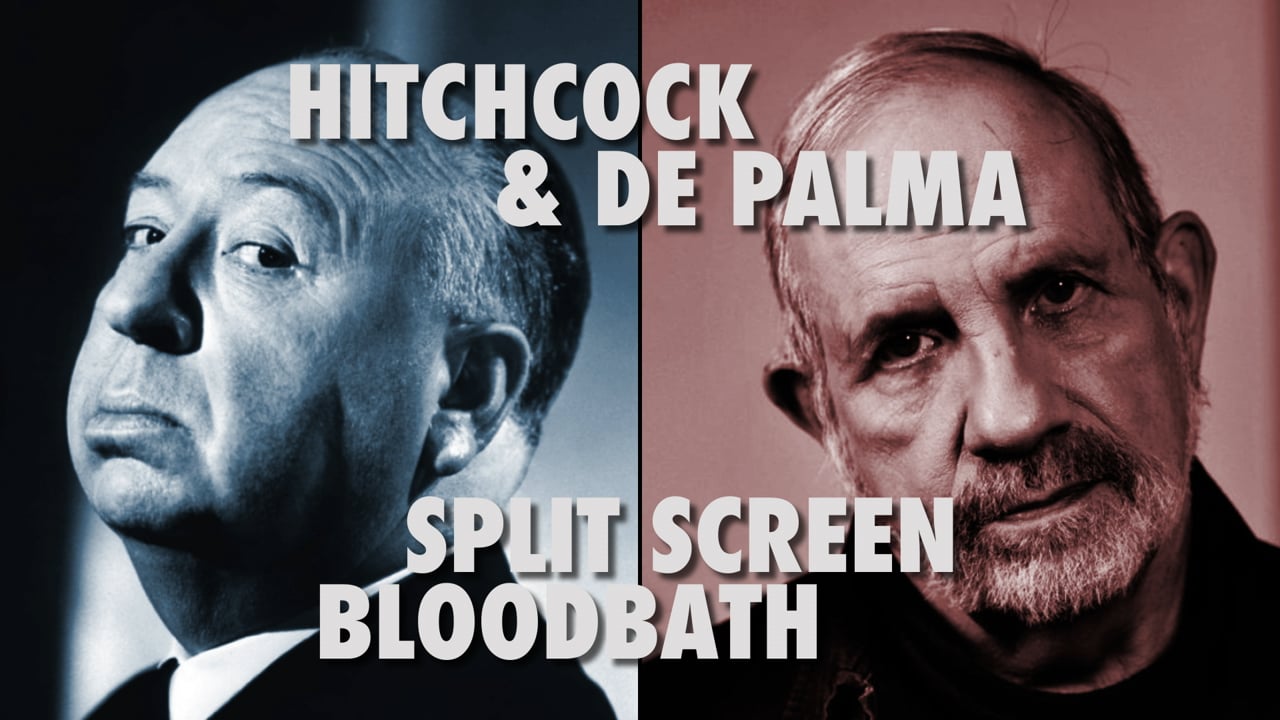 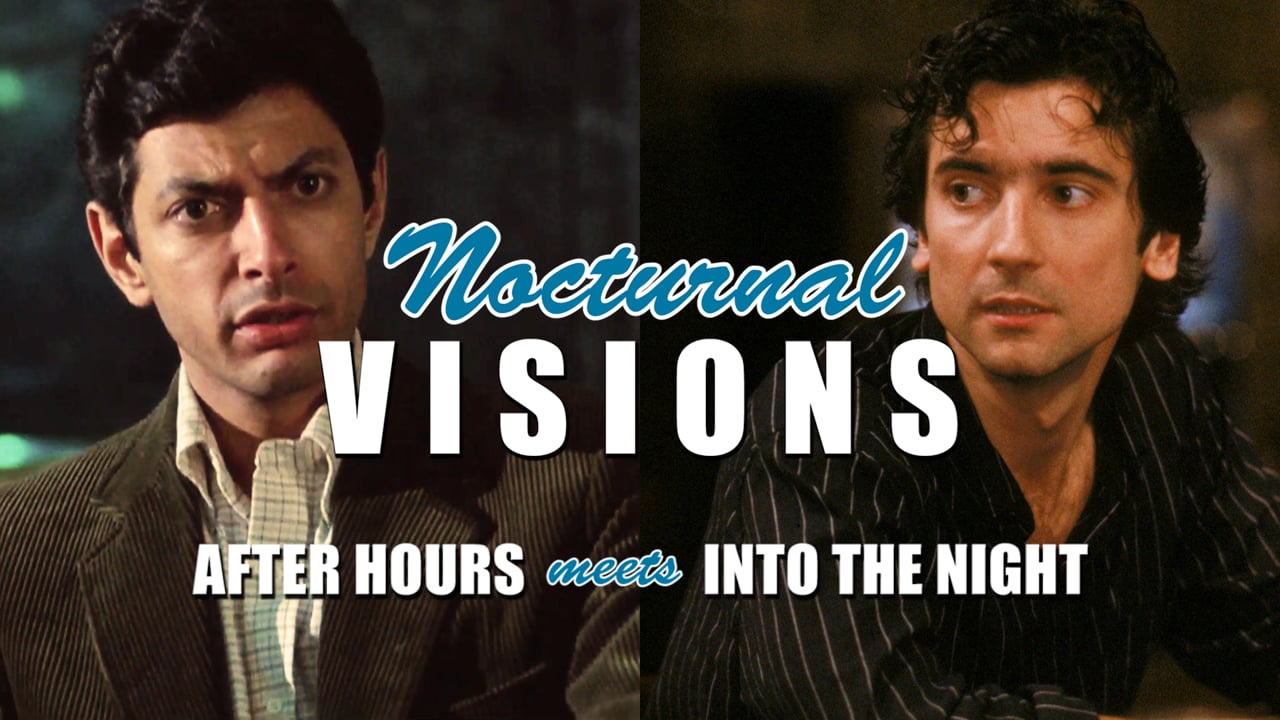 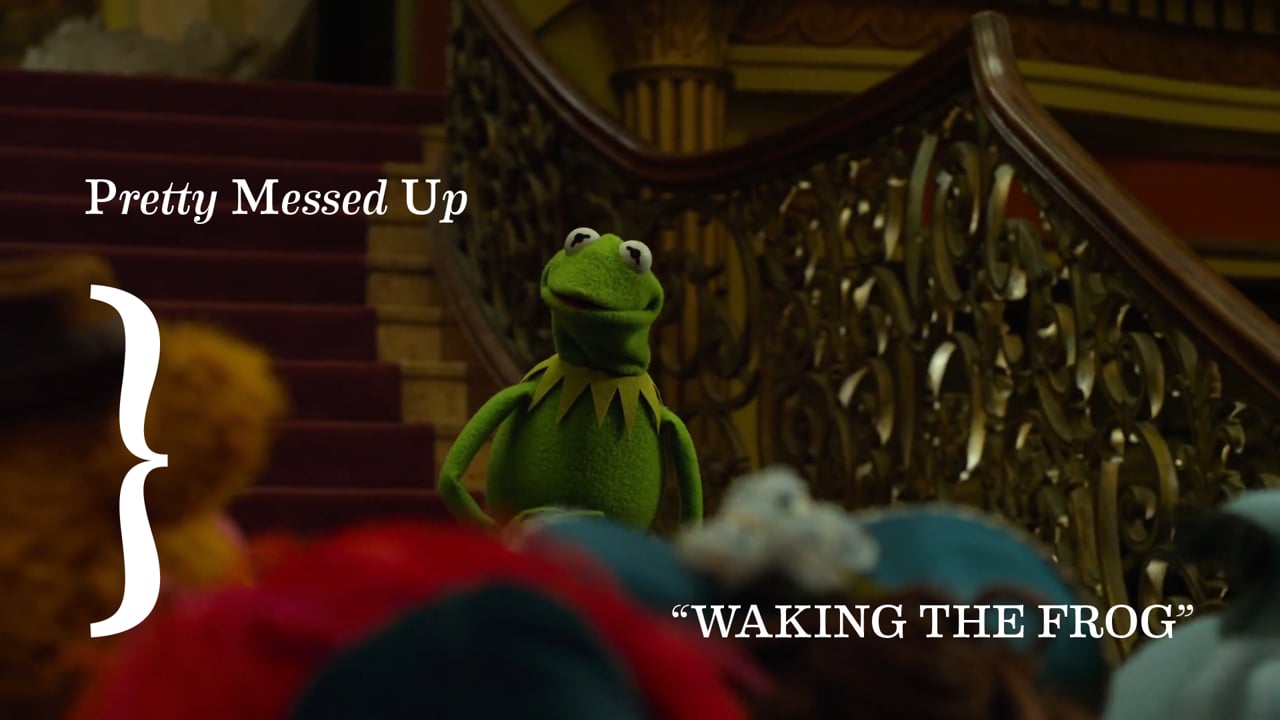 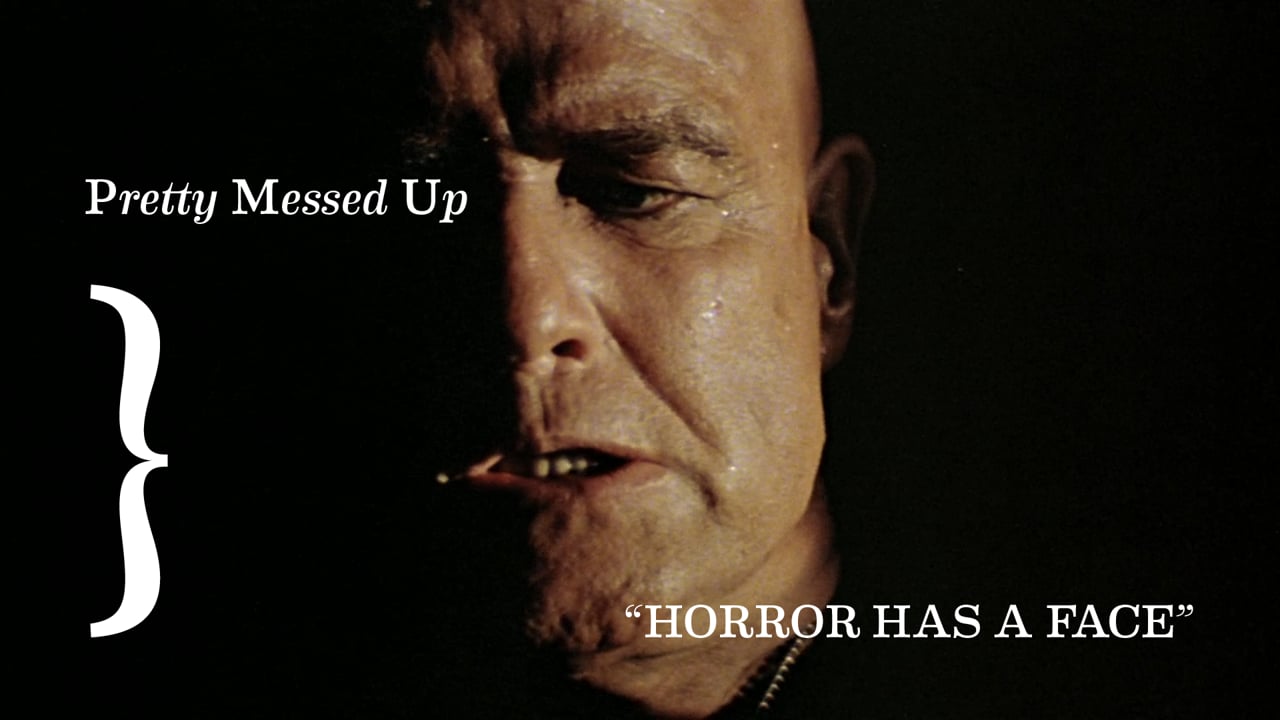 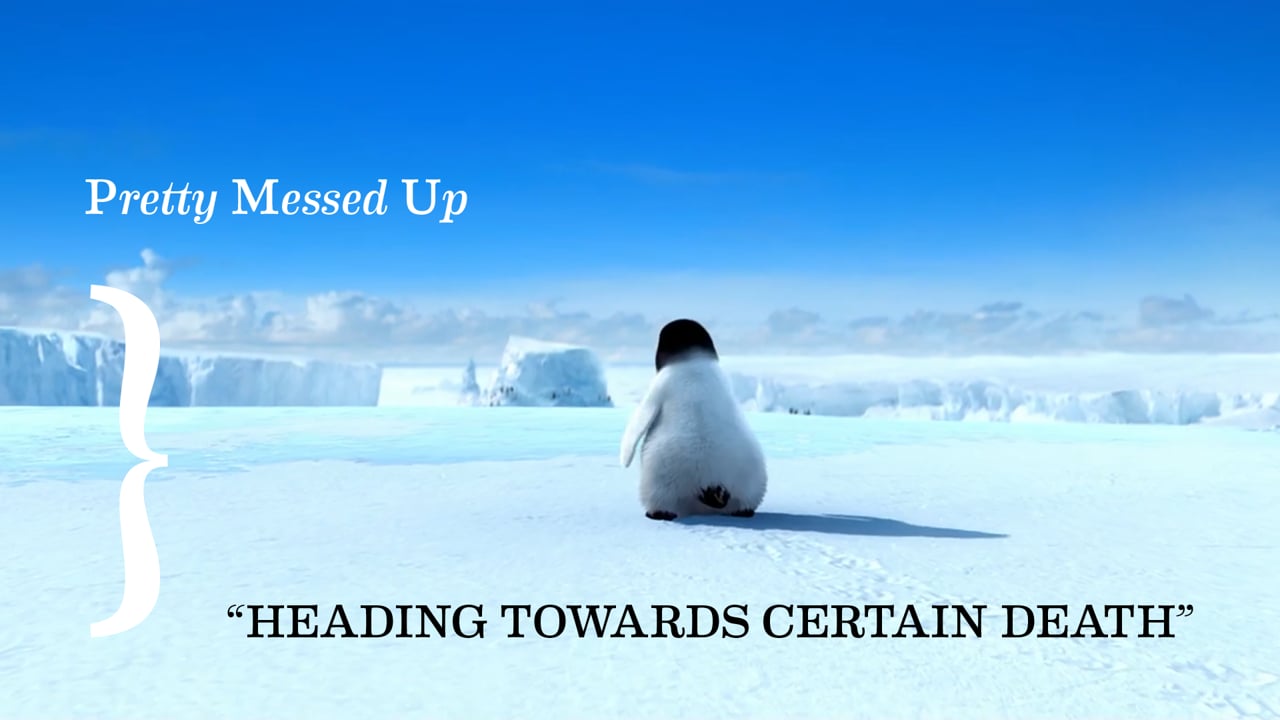 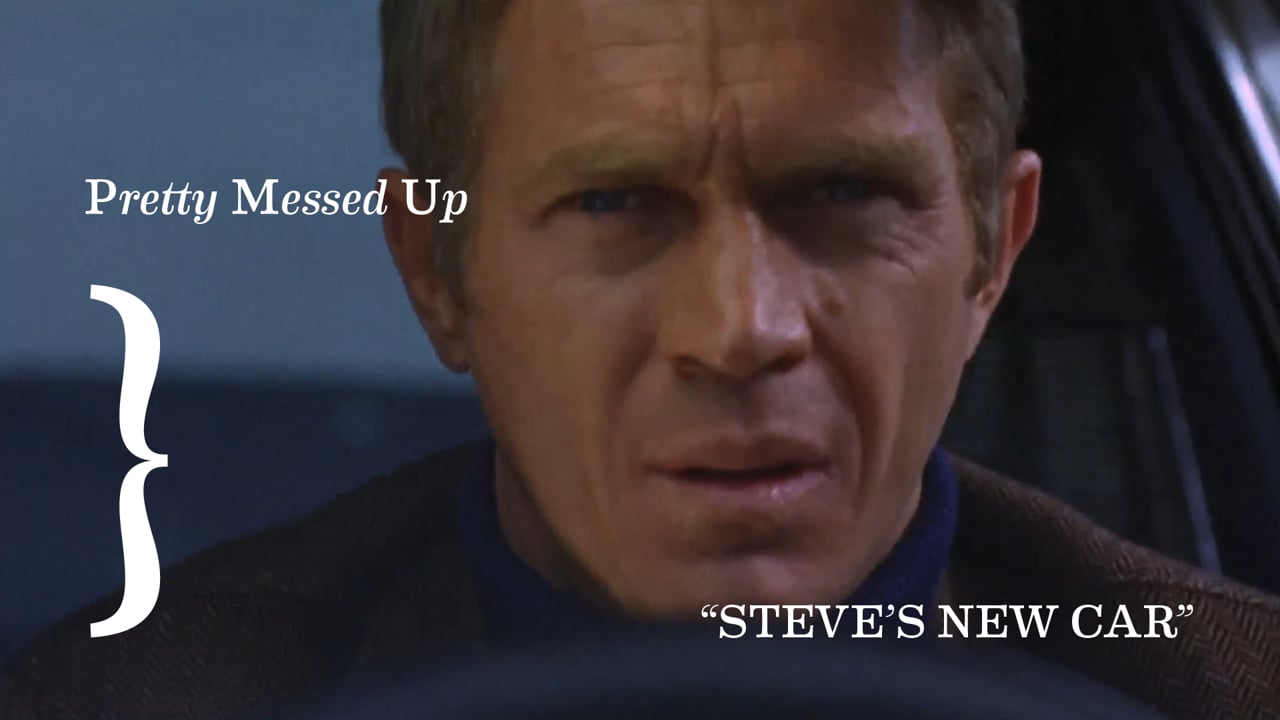 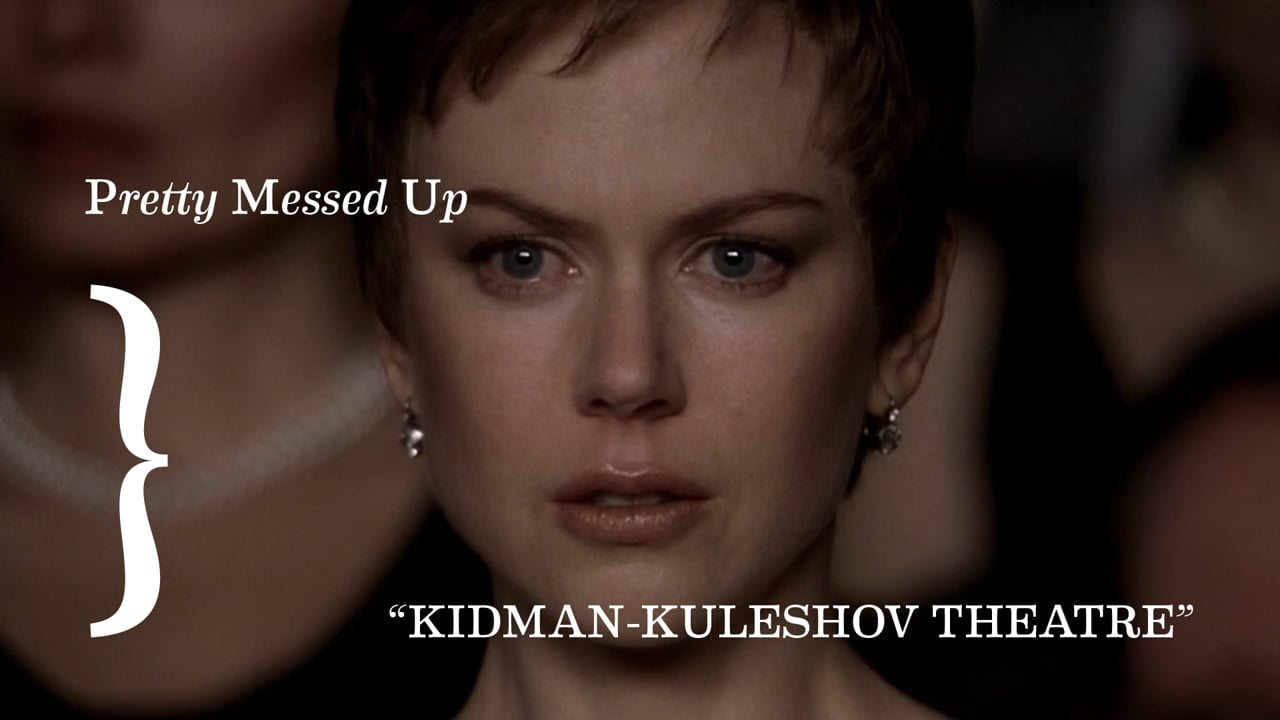 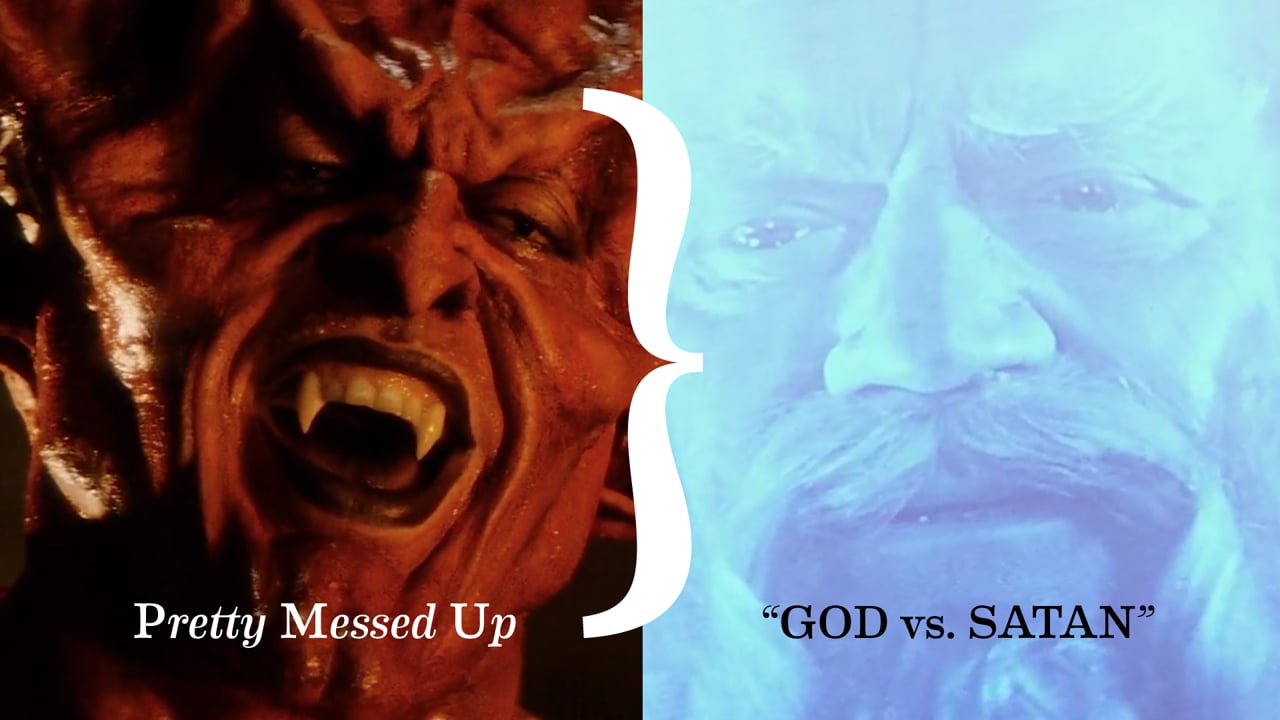 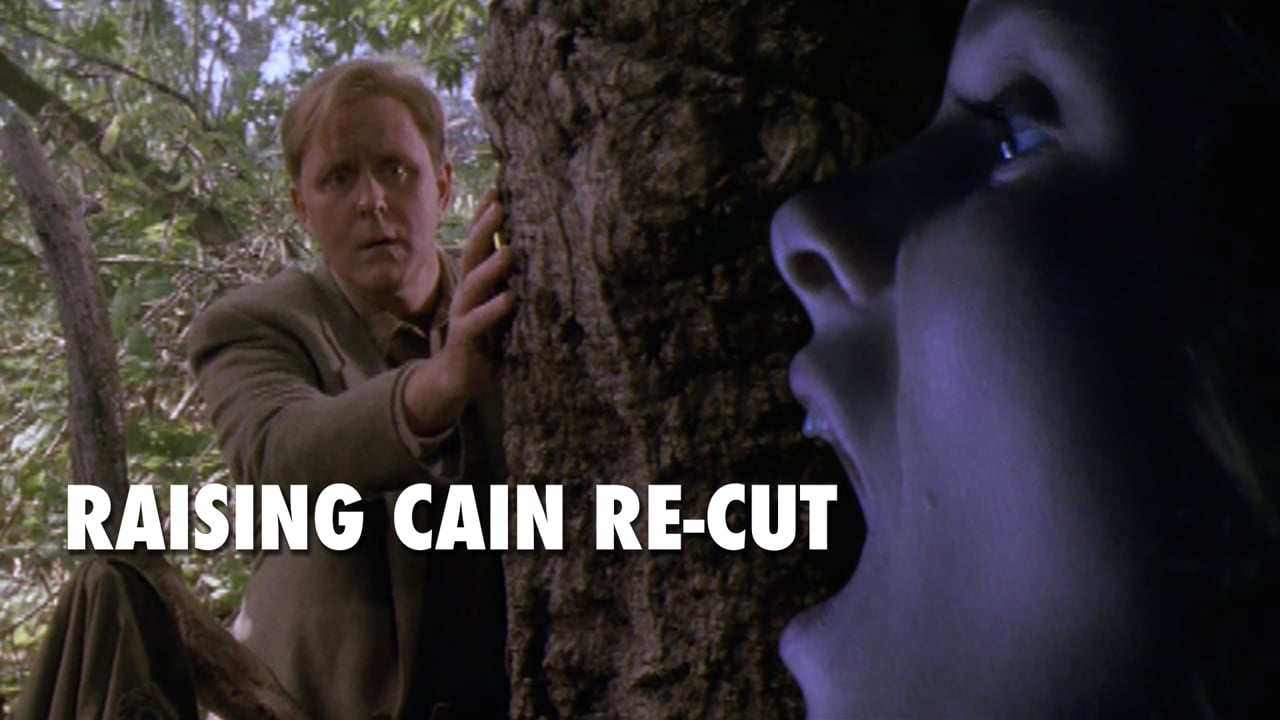 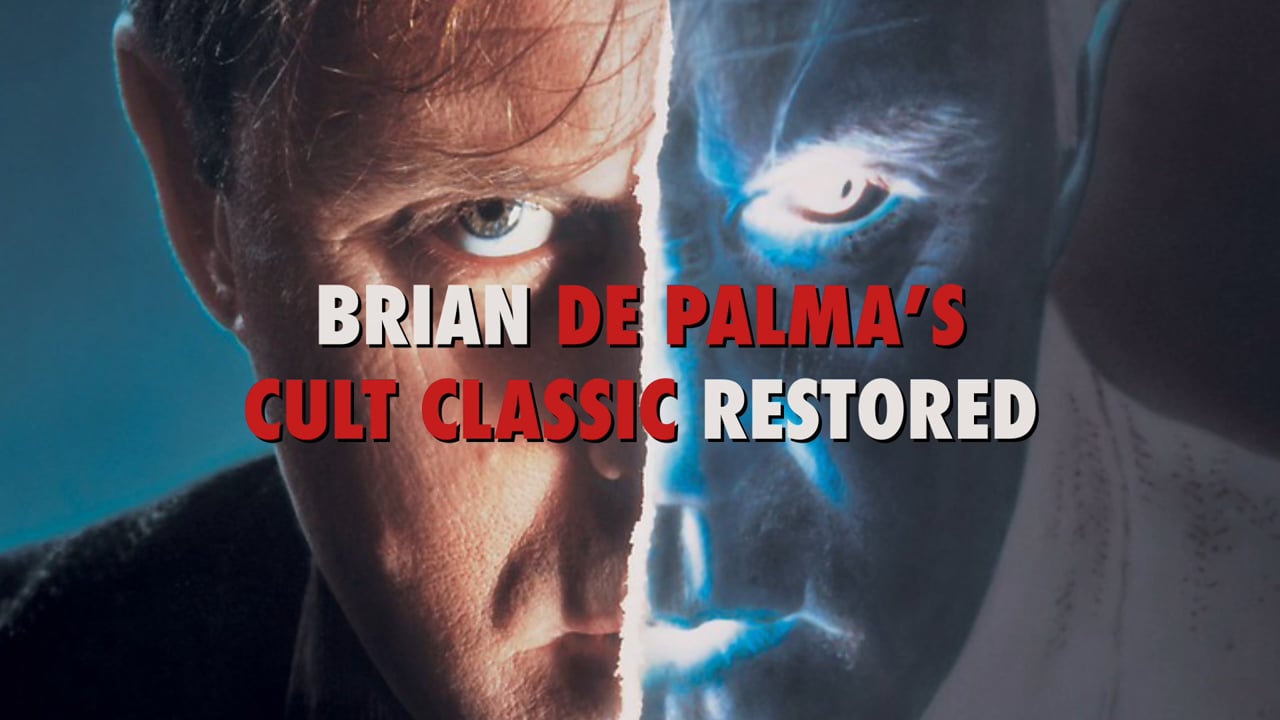 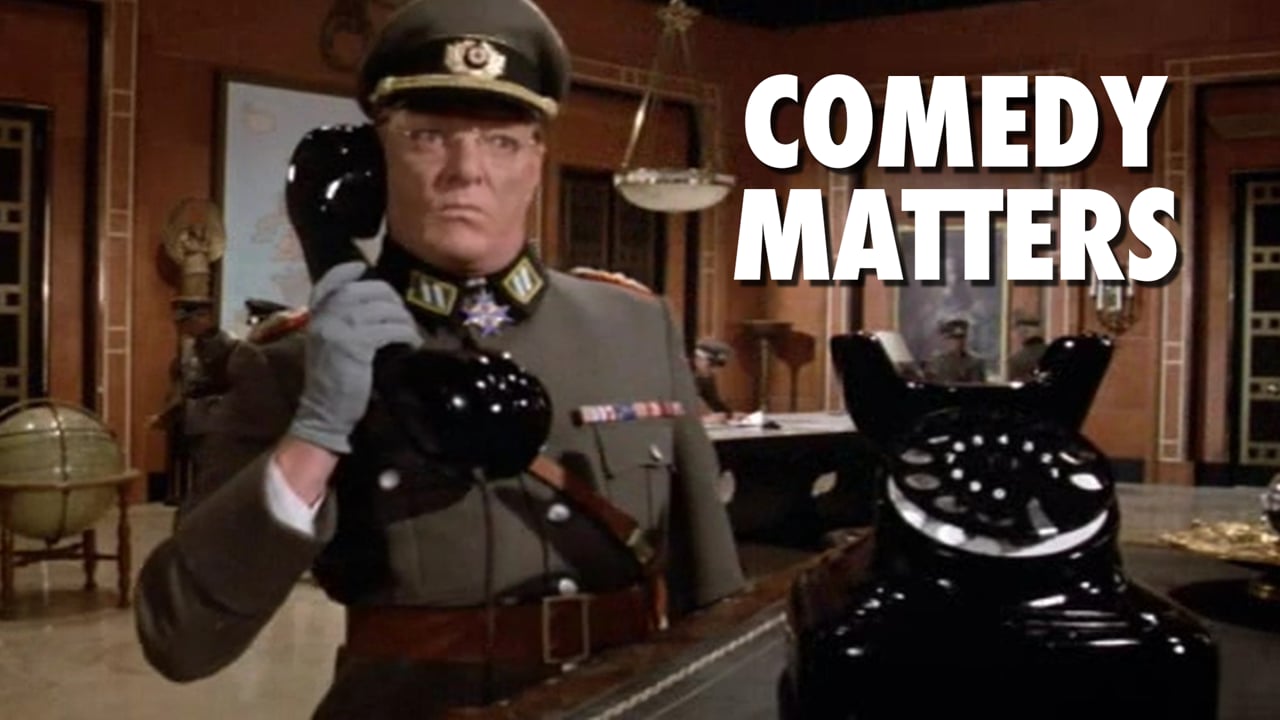 The Plausibles: The Problems of Make-Belief in the Age of Reason
[ 24LiesASecond / Slant ]
Belief is a funny thing. Chuck Jones once said about the sense of absurdity in his animated work: “It doesn’t have to be realistic, as long as it’s believable.” It makes you wonder why a coyote surviving a fall from a cliff for the umpteenth time in a row is somehow more “believable” than Tony Montana taking a few bullets more than medically feasible. And now we’re asking ourselves that question: why do the plausibles seem to have less of a problem with Peter Jackson’s fantastical vision of Middle-Earth or the mind-blowing fever dreams of David Lynch? It has to do with context and expectation. A literal-minded audience that watches a Roadrunner cartoon is more than willing to stretch the imagination because all of its action takes place in a wacky universe where a total disregard for logic is part of the fun.

Building a Better Bomb: The Alternatives to Suspense
[ 24LiesASecond / Slant ]
Whisper it in a room full of cinephiles and watch them get all misty-eyed: “Suspense!” François Truffaut described it as “the stretching out of an anticipation.” Dictionaries define it as “a state of uncertain expectation,” “a feeling of excited or anxious uncertainty about what may happen” or “pleasant excitement as to a decision or outcome.” If there is one guarantee for audience involvement, suspense is it. Just trust the Master of Suspense. Whenever he was preparing a script, Hitchcock always put himself in the place of a child whose mother is telling him a story. Whenever there’s a pause in the mother’s narration, the child will always ask: “What comes next, Mommy?” Hitchcock knew that nothing is more fascinating to us than the Next Thing and he taught filmmakers how to dangle that carrot in front of our faces, barely out of reach. That is the essence of suspense: a tantalizing and often threatening hint of what’s to come.

The Shape of Substance: Brian De Palma and the Function of Form
[ 24LiesASecond / Slant ]
Maybe our mothers were right all along. Maybe true beauty really does come from within. Or doesn’t it? At least a considerable part of today’s critical establishment would seem to agree with Mom’s assertion, for the tired “style over substance” rant is currently all too frequently aimed at films that display a dash of visual flair. In fact, some reviewers are so taken by the concept that they will praise a movie’s aesthetic only to lay bare the gaping emptiness underneath. Apparently, looks are deceiving and we’d better believe the critics instead, for according to those who know best, the Holy Grail of cinema lies buried deep below its silver surface where absolutely no one is able see it.

Nighthawks: A Celluloid Fantasia
[ 24LiesASecond / Slant ]
The rodent gazed at his blood-covered gloves under the gleaming neon light and wondered what the hell just happened. Only moments ago he had been standing on his renowned pinnacle surrounded by roaring ocean, orchestrating stars, comets, clouds and bolts of lightning across the nocturnal sky. Everything after that was a blur, as if a blind rage had taken possession of his body. Now, here he was: Mickey Mouse, standing on a sidewalk of 42nd street, dwarfed by mighty skyscrapers in the City that Never Sleeps. Hello reality.
But where had all the New York residents gone? How did he get here? And most of all: Why was there blood on his hands?

Sunshine and The Cinematic Experience
[ Slant / The House Next Door ]
Danny Boyle’s Sunshine, a sci-fi epic about a team of scientists sent on a mission to reignite a dying sun, is neither a mindless Michael Bay extravaganza nor a chin-strokey affair in the vein of Andrei Tarkovsky’s Solaris. It’s the cinematic oxymoron many of us have been waiting for: the thinking man’s action movie. It also happens to be gobsmackingly stunning, ruthlessly intense, handsomely cast and blessed with a 100% INSANE last act that won’t be everyone’s cup of tea, but had yours truly grinning from ear to ear. Sunshine is a spectacle quite impossible to put into words, and that’s exactly what makes it brilliant cinema–albeit the kind that’s difficult to defend on theoretical grounds.

Sound as Vision: Riding The Blind Giant
[ Lost in Negative Space ]
Watching a good movie is like falling under a spell. Gradually, without realizing it, you take the limits of the screen for the limits of the world. Everything else is forgotten, your heart opens up and your mind surrenders to the will of the filmmaker. Ninety minutes later you gain consciousness and walk out of the theatre a little different than how you got in. It begs the question: What was it, exactly, that got you this far?

So what’s with all the evil bunny suits?
[ Lost in Negative Space ]
The phenomenon can no longer stay unnoticed: What is it with the recent prevalence of sinister-looking bunny suits in indie films? I see evil man-rodents everywhere! Don’t you? The movie that unofficially kicked off this subliminal trend may have been Gummo (1997), which featured a creepy kid with large bunny ears. Three years later, audiences were haunted by Gal Dove’s long-eared ghost from the past in Jonathan Glazer’s Sexy Beast (2000). Next up was spirit animal Frank in the cult-favorite Donnie Darko (2001), and then “The Mysterious Bunny Man” in Cabin Fever (2002) reared its ugly head. Meanwhile, David Lynch – never one to waste a good surreal image – treated the visitors of his website to a stage with a family in rabbit costumes in his curious sitcom Rabbits (2002).

The Contrarian Fallacy: Armond White vs. The Hipsters
[ Lost in Negative Space ]
What’s a rebel to do these days? According to the gospel of Armond White, film critic of New York’s premier alternative newspaper the New York Press, the Hip are the new Square. Say goodbye to Mailer’s “psychopathic brilliance” of Hip, quivering with “the knowledge that new kinds of victories increase one’s power for new kinds of perception.” Enter White’s endless tirades against the mindless evil of hipster mentality eroding pop culture, embodied by the likes of Quentin Tarantino, Todd Haynes, Richard Linklater, Christopher Nolan, Peter “the hipster’s Spielberg” Jackson and any critic empty-headed enough to praise them.

Boys Like Peet Are Not Afraid of Wolves
[ Lost in Negative Space ]
The best animated picture of 2006 wasn’t made by Pixar, Disney, DreamWorks, Blue Sky, Warner Bros. or Sony Pictures. It didn’t feature any talking or dancing animals. It wasn’t directed by Nick Park, Hayao Miyazaki or George Miller. It’s neither CGI nor drawn. Hell, it wasn’t even released in the US last year.

Raising Cain Re-cut
[ IndieWire ]
De Palma is a full-blooded visual stylist. So visual, in fact, that he’s the polar opposite of an invisible narrator. Like any other filmmaker, he manipulates. What sets De Palma apart is that he’s frank enough to show his hand. This refusal to cover his tracks, I feel, is the main reason why people either love or hate his work. De Palma directs classic suspense with a deliriously postmodern sensibility. He’ll have you trapped inside a cinematic moment at the same time he’s commenting on it. The fourth wall be damned!