One of my films has won the Socutera Prize 2007. I’m talking about a public announcement that some of you may remember from an old Screening Room entry. The jury praised the film’s subtlety, the music, the acting and its clever construction. Needless to say, I feel pretty honored. 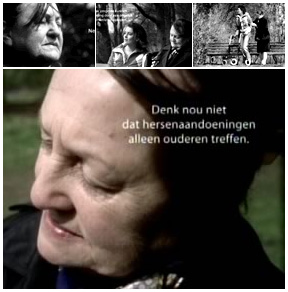 Interestingly enough, we’ve won the prize for the rarely seen extended version. The film was originally conceived as a 25-second commercial, but when the opportunity arised for the Dutch Brain Foundation to fill a dedicated timeslot on national television, their agency asked my production company if we could take a look at the rushes and figure out a way to stretch the film to a whopping 95 seconds! With the help of a few carefully chosen titles, loooong fades to black and music by John Williams, we pulled it off.

For behind-the-scenes information and the 25-second version, check this post.

Here is the extended version: