The following leader is a typical example of how I like to morph live action with animation in my motion design work. The project uses studio footage of actual people to combine a limited animation feel with Screwy Squirrel-lunacy. Reality TV as painted by a Modernist Vincent van Gogh on speed… or something. Think I’m crazy yet? 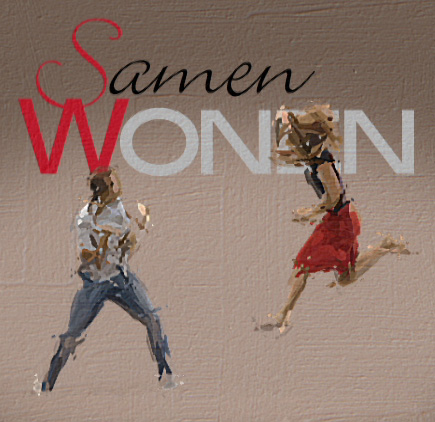 SamenWonen is one of our longest-running Dutch TV programs and it’s a joy to direct. Every 25-minute episode features two lovers who want to move in together, in spite of having radically different tastes when it comes to interior design. They have no idea how to combine their contrasting sensibilities, and so our TV-host pays both of their houses a visit, sends them away and the renovating begins. When the couple returns to their tailor-made house, the viewer finds out whether its unique blend of decorating styles is to both of their liking.

By the fifth season, the program needed a new leader, and this is what I came up with. The idea was to do a fast-forward version of the program itself, done in – appropriately enough – a fusion of styles. The live action part was shot in a studio before a green-screen, with (believe it or not) two of my colleagues as models. Basically, I instructed them to exaggerate different aspects of the program like characters out of a Tex Avery-cartoon. Needless to say, we had tons of fun in pushing ourselves to the limit. Just imagine me choreographing this stuff right next to them and you’ll get the picture. The program’s host, Erik van der Hoff, proved himself a real pro by going along with the madness and adding a considerable dose of his own. 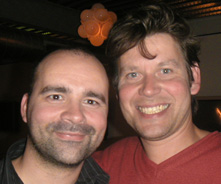 The green-screen cut of the leader below shows how the original footage looked like. You can see where I sped up or slowed down parts of the action to achieve a more cartoony feel. (If you’re wondering why the green-screen area of the limbo was so insanely narrow, well… My producer tried to lower production costs by saving us some paint. I’m not kidding. No problemo: we’ll fix that in post.) The couple and Erik were shot separately; this enabled me to treat them as different image layers during the final step of post-production.

For keying and compositing, I used Adobe After Effects (as I always do). In contrast with Erik, who had to remain instantly recognizable, the couple was given a more anonymous, painterly look (the plug-in effect for this was Sapphire’s AutoPaint, tweaked in Van Gogh mode). The choice for an overall minimalist approach grew out of a recent fascination with UPA’s Gerald McBoing Boing, while the idea to have a different color background in every shot was inspired by the animated series based on Lucy Cousin’s Maisy Mouse, which my youngest son still loves to watch. Finally, I applied a canvas structure to the image as a whole, to give the flat colors some texture.

Here’s the final composite. Pay attention to the house illustration at the start. It consists of one line only, and I had to draw it on a Wacom tablet in a single stroke, while beads of sweat formed on my forehead, to have it animate over time.