Watching a good movie is like falling under a spell. Gradually, without realizing it, you take the limits of the screen for the limits of the world. Everything else is forgotten, your heart opens up and your mind surrenders to the will of the filmmaker. Ninety minutes later you gain consciousness and walk out of the theatre a little different than how you got in. It begs the question: What was it, exactly, that got you this far?

Most people would say it was the gripping story that glued them to the screen, or the suspenseful way it was told. Others would argue their sympathy for the main character drew them in. A few would mention the intoxicating gaze of the camera, the movements, the rhythm, the colors, the shapes. But who would be clear-headed enough to give credit to the invisible? We donâ€™t just watch a movie, after all: we listen, too. 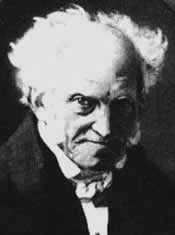 In his central work The World as Will and Representation, the German philosopher Arthur Schopenhauer (1788 -1860) compared the human intellect to a lame man who can see, riding on the shoulders of a blind giant. The Mind does not control the Will. The same metaphor applies when you take a look at how people experience and interpret movies. In the filmic universe, our window on the world is framed by the vision of the director, but this vision may not be carried by visuals primarily. If we wouldnâ€™t spend most of our time revering the mighty Image, we might realize the extent to which our thoughts and feelings are guided by a blind giant called Sound.

Why do critics and academics refer to cinema as a â€œvisualâ€ medium even though that word only covers half of the definition? When every Special Edition DVD comes loaded with a wealth of behind-the-scenes material, highlighting every detail from location scouting to CGI effects–how come only, say, 0.01 percent of these extras go into the craft of sound recording, sound mixing or sound design? Show off hands: Which of you cinephiles can name five movies supervised by the Godfather of Film Sound, Walter Murch, without checking the manâ€™s IMDb page? 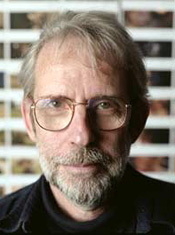 The fact that audio in motion pictures is often overlooked can be largely explained by its abstract nature. You can point out the lipstick on a husbandâ€™s collar, or spot the bad guy holding a gun in the crowd, you can freeze a frame and enlarge it, but itâ€™s hard to put a finger on the disturbing effect of a faintly detectable bass drone accompanying a series of seemingly ordinary shots. Images are frontal and direct, triggering a primarily cerebral response; sound tends to work on a subconscious, more emotional level.

To clarify the difference between how we perceive the two, the aforementioned Walter Murch came up with a brilliant analogy based on the sideways position of the ears. It goes something like this: While we – the audience – are â€œanswering the front doorâ€ by looking at the screen before us, sound sneaks in through the windows, the back door and the floorboards, encompassing us in a 360Â° spherical field. As it resides in the shadows, its subliminal presence becomes a conditional force, affecting the things we’re consciously aware of. According to Murch, â€œThe strange thing is that you take the emotional treatment that sound is giving, and you allow that to actually change how you see the image. You see a different image when it has been emotionally conditioned by the sound.â€

Thatâ€™s right, soundâ€™s a sneaky bastard! Our minds may focus on what there is to see, how we experience the view is often heard. Anyone who’s ever spent a good deal of time experimenting in the editing suite will back this up. In my capacity as a filmmaker and editor, Iâ€™ve witnessed and creatively exploited this phenomenon time and again. To radically change the emotional impact of a sequence of shots, I have often simply replaced a piece of music in post production. Oddly enough, replacing the shots themselves never results in something quite as drastic. Just how fundamentally a soundtrack can alter our perception becomes clear in the following mock trailer edited by Robert Ryang, which re-imagines Stanley Kubrickâ€™s The Shining as a sparkling family comedy. Hear: a single music cue is all it takes to switch around the mood and snap the viewer into an appropriate state of mind.

One of the finest recent uses of conceptual sound design, however, can be heard in the trailer for the upcoming Todd Field film Little Children. This one and a half minute long miracle was created by Mark Woolen and Associates, a trailer company that was briefed to come up with something without music, elaborate dialogue or story. The result is nothing short of breathtaking and one can only hope that the film is able live up to its promotion (so far, opinions are divided). One thingâ€™s for sure: Unless youâ€™ve ever been tied to the railroad tracks, the sound of a train horn never sounded more foreboding…